I was in Brevard, NC during July for a week long loading and firing with Judith Duff and John Dix. John was visiting the United States from his home in Sasayama, Hyogo Prefecture, Japan.
We had a crew of twelve to simultaneously fire Judith's anagama kiln and train kiln. Loading began on the afternoon of the 14th and preheat was over night. The train kiln fired off Friday evening and was reduction cooled. The anagama finished Saturday morning and was fired with apple wood as the primary fuel. Great results were obtained from both kilns. Below are some of the pieces I had come out:
TRAIN KILN
Sake Cup 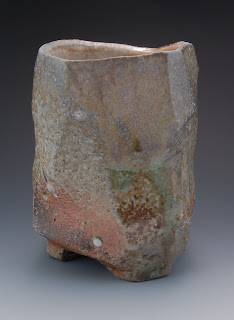 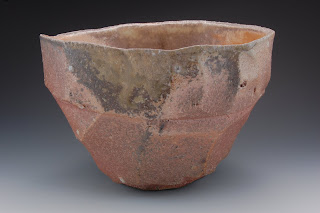 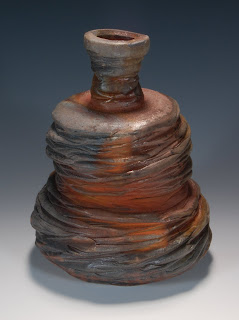 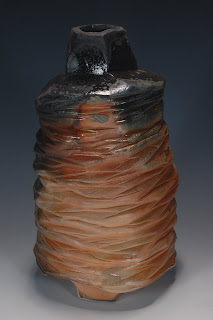 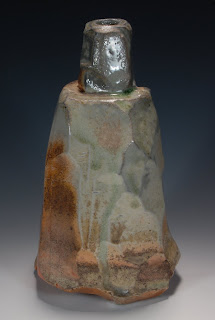 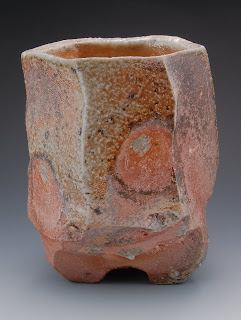 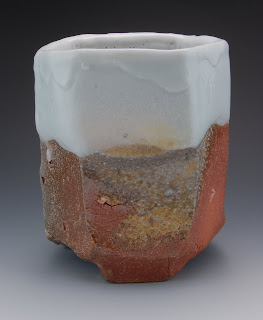 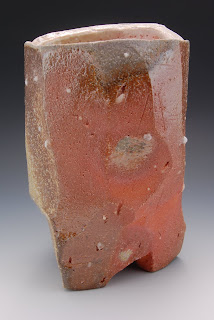 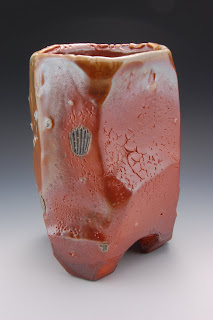 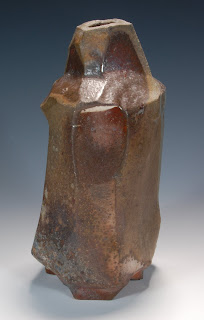 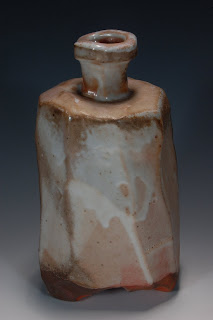 Posted by Lucien Koonce at 4:50 PM